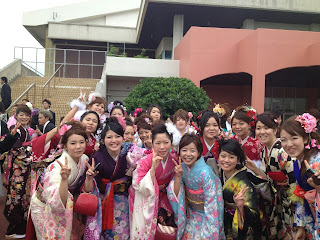 There are rites of passage into adulthood in many cultures. Young men and women optimistically look towards their futures, take on new responsibilities and challenges. This is the same in Japan, where adulthood is recognized at 20 years old. At this age, they are allowed to drink alcohol, vote, etc..


The traditional coming of age event is known as the Seijin Shiki. This is one event that is unique as it is observed as a national event. All of the new adults, who have come to the age of majority can participate. The event itself is to congratulate them at their new role in society as well as encourage them to be positive participants in it.

The tradition has been observed since ancient days in Japan, but only became a national holiday in 1948. Local governments usually hold a ceremony in the morning to honor the new adults. A local official chairs the event with various speeches given by civic and community leaders. Afterwards parades of partying young adults can be seen in almost any city, town or village.

Young men wear business suits or traditional dark colored hakama pants, while the young women adorn themselves in very special kimonos called furisode, which is unique due to it’s long sleeves. Girls cannot wear furisode kimonos until they reach adulthood, so the Coming of Age Day is the first time they can wear the attire. 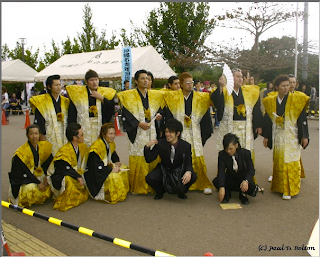 There is also significant meaning behind the furisode kimono. This hat the woman is of legal age and available for marriage. It is also the most formal amongst kimono, and is often worn at weddings or other special events. Once the woman marries, she is no longer allowed to wear furisode. 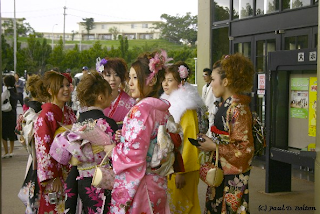 The key element of the festivities is the colorful kimonos, with their bright colors and intricate designs. Authentic kimonos also are very expensive, with the most expensive ones reaching as much as 1 million yen. The young ladies also spend considerable time and money on their beauty shop treatments to go along with the kimono as well. 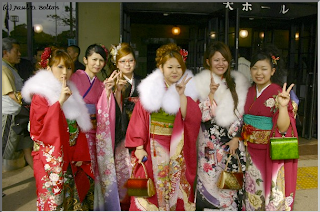 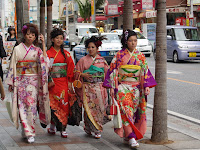 January in mainland Japan is usually accompanied by snow and freezing temperatures. But not here in Okinawa! Some of the best aspects of Coming of Age Day in Okinawa, are the colorful kimonos with the backdrop of this beautiful tropical island, and it’s constant warm weather and beautiful oceans. 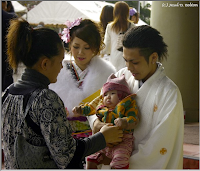 Photos courtesy Paul D. Bolton.
More pictures are available at the gallery site of Paul. D. Bolton. http://www.pbase.com/pdbolton/seijin_no_hi&page=all
Posted by Unknown at 7:32 AM No comments: